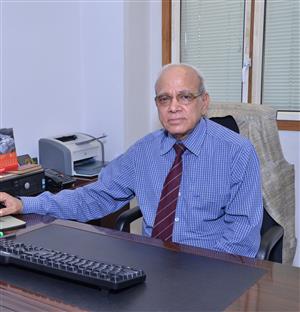 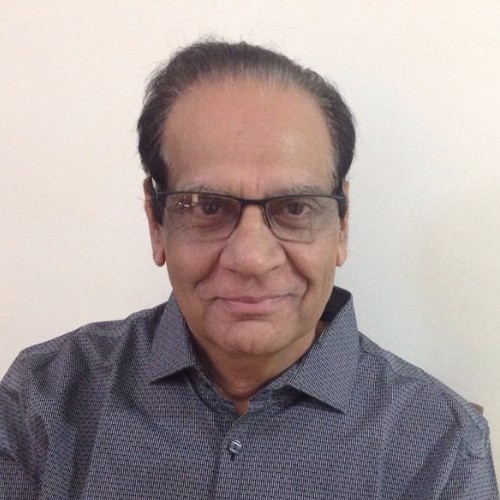 Dr Satish has started his public health career in the year 1975, by contributing to the WHO Small Pox Eradication Program in Bihar for which he was awarded a Certificate of Merit. He joined Institute of Medical Sciences-Banaras Hindu University as Lecturer-Preventive and Social Medicine in 1979.  He served the University for more than 11 years and supervised Post Graduate (MD) and Ph.D research theses and worked as investigator /co investigator in multi-centric community based research projects.

Later on, in 1990 he joined UNICEF as a Project Officer-Health& Nutrition for West Bengal and Assam. In Aug 2000 he acquired the position of UNICEF Chief for Rajasthan and for Tamil Nadu and Kerala in the year 2008. He served the organization for over 24 years. Thereafter, he has been working as an Advisor Public Health Planning, in NHSRC, Ω≈dxMoHFW since 2014 till his retirement from the post on August 31, 2017. As Advisor, Public Health Planning, he was actively involved and led the process of developing the National Health Policy-2017. Since October2017, Dr. Satish Kumar has been serving International Institute of Health Management Research, Delhi as an Adjunct Professor

Dr Satish has more than 80 publications on maternal health, child malnutrition, water and sanitation, Micronutrients programme, Urban Health and health system research and Health Policy. He is also a recipient of Dr B.C DasGupta memorial oration award by the IPHA

Dr. Satish Kumar has also served as a resource person on many National and State Level Committees on NHM, 12th plan development, National Health Policy Development, Child Policy for Rajasthan, prevention of Child Trafficking and Child Sexual abuse in Rajasthan, Tamil Nadu and Kerala. He is also a member of Porject Review Group (HSR) of ICMR, Delhi and has also served as a Member School Board, School of Medical Sciences, University of Hyderabad and a Member of Governing Board of School of Public Health SRM , University Tamil Nadu

Dr. A. K. Khokhar is presently working as Adjunct Professor at International Institute of Health Management Research, New Delhi. He worked as Dean – Training and Professor (Hospital Administration) at IIHMR Delhi from August 2012 till September 2020 after his retirement from ESIC. He is a Medical graduate with 4 post graduations in the field of Health Care Administration and Hospital Administration. Besides working in different positions in ESIC Medical services (Ministry of Labour, Government of India) for 36 years, he has been teaching as Visiting faculty at FMS, University of Delhi, and Institute of Management Studies, YMCA, New Delhi for 24 years. He was also a visiting faculty of IIHMR- Jaipur, NIHFW, SAIL and NTPC. Hospital Administration has been one of his prime areas of interest. He has held important positions of Additional Medical Superintendent, Medical Superintendent, State Medical Commissioner and has been instrumental in developing policies and procedures related to Bio Medical Waste Management, HIV/ AIDS, Occupational Health, Supply Chain Management etc at Institutional as well as State level. He contributed a Chapter on Waste Management in the Module designed by IGNOU for Certificate course on Bio Medical Waste Management. He is one amongst the oldest members of Hospital Infection Society which is taking up number of issues related to Patient Safety. He has organized a number of courses on Hospital Administration for Senior Doctors during his tenure at ESIC. He was the Editor of Journal of Hospital Administration of IHA for ten years. He has carried out a number of studies and surveys on the role of hospitals in primary health care and has also written two books. He has been proactive in developing professional management in hospitals and has developed a number of Case Studies. He has attended and presented papers on different aspects of Hospital Management in various conferences at national and international levels. In his last assignment as Medical Superintendent at ESIC Model Hospital, Rajajinagar, Bangalore, he was instrumental in developing and starting Post Graduate Institute of Medical Sciences and Research, and Undergraduate Medical College, under ESIC.